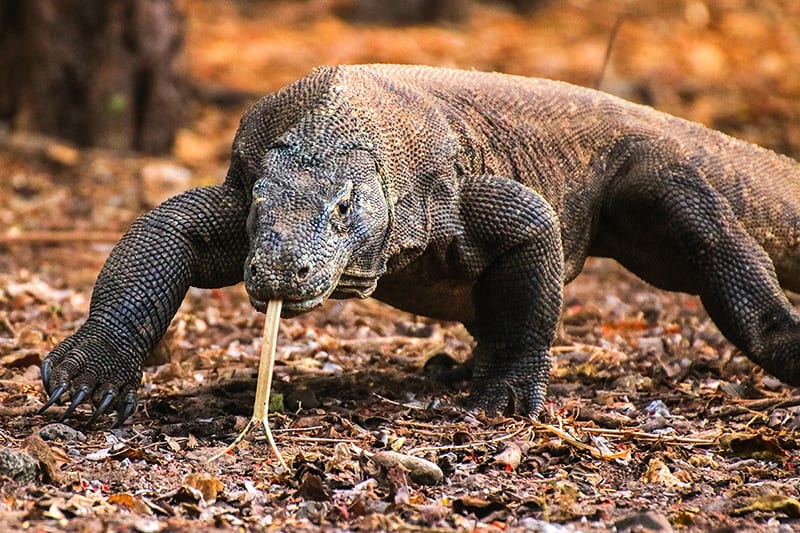 As you know that diversity in Indonesia is not only for culture, beliefs, ethnicity and society, but there are also islands in Indonesia that are their home, namely wild animals that have their own charm if we look at them. Therefore, Indonesia not only offers natural beauty, but our country also has many unique animals that are not owned by other countries. For that, regarding information like this related to native Indonesian animals that you need to know, you can find the answer as below.

This unique and exotic species lives in Indonesia and precisely on the islands of Komodo, Padar, Flores and Rinca. With a size that can reach 3 meters, of course this Komodo dragon is one of the largest and tallest lizards in the universe. Not only that, there are even some parties who think that this Komodo dragon is a relative of the dinosaurs. However, this Komodo dragon is also the oldest species and until now it still exists and we can still find it.

If you are curious and want to witness the life of the Komodo dragons as unique Indonesian animals, then you can go to visit Komodo Island, precisely in the East Nusa Tenggara Islands. In addition, when you arrive there you can not only see these Komodo dragons, but you can also enjoy the natural beauty around the island. However, the most important thing is that you can follow all the security rules that apply.

However, for this Sumatran tiger, it still exists today and it is estimated that only about 500 individuals remain. As for the number, it continues to decline from year to year, so the governments are trying their best to maintain their existence as much as possible. In addition, the Sumatran tiger as a native animal of Sumatra is indeed known to have an extraordinary appearance and is the darkest among other species. The male Sumatran tiger has a length of about 92 inches and a height of about 60 cm up to a weight of 140 kg, while the female Sumatran tiger has an average length of about 78 inches and a weight of about 91 kg.

Furthermore, there are also rhinos as native animals originating from Indonesia. Where this rhino is an Indonesian animal that is very rare and well protected until now. This typical Indonesian rhino has two types, namely the Javan rhinoceros which is native to Java and the Sumatran rhino. Well, the rhino that we probably know best is the one-horned rhinoceros which is from Java. Although it has been made captive in Ujung Kulon, but still this one animal continues to decline. So, the latest data obtained states that there are only about tens of these Javan rhinos.

According to the existing story, initially this rhino can be found all over the archipelago. However, as time goes by, the number continues to decline so that what is left is only in Java and Sumatra. Therefore, do not be surprised if the existence of this animal could be threatened with extinction.

Next there is Anoa which is a native animal of Sulawesi and can only be found in this region. Well, this animal also has a Latin name, namely Bubalus Depressicornis, which looks almost like a goat. However, this Anoa has pointed horns with a length of about 30 cm. So, this Anoa basically has several types and has a very different lifestyle.

In addition, until now the animal that has become the mascot of Sulawesi has also experienced a critical period and it is estimated that the number of these animals only reaches about 5000 individuals worldwide. The reason is that there are many people who are very interested in hunting this one animal, especially in large numbers so that they can take its horns, meat and skin.

If you see at a glance, this cat is not a special animal. However, if you see it for yourself, you can be fascinated, because the appearance offered by this cat is different from other cats, namely its fur is brownish red. This native animal of Borneo has a paler belly. However, for the forehead and cheeks have a brownish red line that is much lighter than the color of his body.
The length of this Kalimantan cat can reach about 55 cm and weighs 4.5 kg. This cat also has a long tail up to about 35 cm. These animals live in tropical forests which do have an altitude of 900 meters above sea level. However, since 2002, this animal was declared a rare animal and the last record, precisely in 2007, was revealed to only have a number of approximately 2500 individuals.

The red bird of paradise or also called Paradisaea Rubra is one of the native animals of Papua. Where this bird has a yellow, brown and yellow beak. For adult male birds, it has a size of about 72 cm and includes decorative feathers that are blood red and at the end will be white precisely on the side of the abdomen. In addition, on the face it will have emerald green fur and also on the tail it also has two long ropes in the form of a black double gyre.

This endemic animal originating from the Papua region can only be found in lowland rain forests, precisely on Waigeo Island and also Batanta in Kab. Raja Ampat, West Papua Province. Not only that, this red bird of paradise is also very limited until now so it is very at risk of being threatened with extinction.

This animal native to the island of Borneo has a characteristic in the form of a long nose. Still included in the monkey family, this animal has slightly reddish-brown fur. Their main food is fruits and seeds found in the forest.

So, that’s some information that you can see as above about native Indonesian animals that you really need to know.